Will armed cops end the Fed? Will the BBC correct its 9/11 lies? 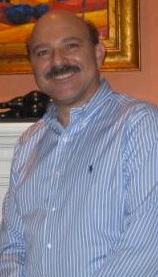 a buyer beware book for home 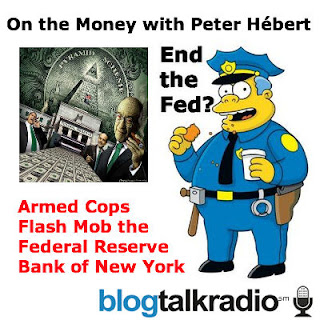 buyers, and more than an exposé of the mortgage industry. (Read my review here.)

Peter has his own radio show, "On the Money with Peter Hébert." He recently reported on cops flash-mobbing the Federal Reserve.

Second hour: Paul Warburton reports live from the UK on his campaign to get the BBC to acknowledge and correct the many grotesque errors in its 9/11 reporting. (Here is his letter from last July; below is his latest.) We will also discuss the Occupy protests, which are apparently heating up in London. Paul Warburton is a human rights lawyer and independent parliamentary candidate, as well as one of the UK's leading voices for 9/11 truth. He was one of the presenters at the recent London conference on State Crimes Against Democracy.

Office of the Director - General of the BBC

I wrote to you over 2 weeks ago with an escalated complaint and sent that letter by first class recorded post. I have not received a reply to date. Considering the seriousness of the issues I have raised and the delay in previous replies to me from BBC Audience Services over this complaint I did not want more time to slip.

At the recent Occupy movement at St Paul’s I was able to talk to people about the serious issues facing the world today. The facade of the 9/11 Official Account was one such issue. Whilst being very angry the youth there did not fully comprehend the full scale of the Banking/Financial scams taking place in the City (although some traders in their suits were kind enough to come out of their offices and explain how it was being done in graphic detail.) You may also be aware that Amnesty International is calling on Govts (Canada recently) to arrest George Bush on Torture charges. The point I am making is that we are living in a fast moving game where younger generations are becoming more empowered and challenging the current order of things with good reason.

I believe a lot of the western media, many politicians and many in the church (all leaders of society, all with a responsibility to speak the truth) have misunderstood the signs of the times and have gone down a wrong road supporting a status quo that is dangerous. So apart from requesting a reply to my basic questions to the BBC over the past 6 months over its biased 9/11 coverage may I also invite you to consider the BBC's position for when not only the financial tsunami arrives but also the moral one that will bring with it much debris in its wake.

Please do not read this letter as a threat. I am only stating something fairly obvious. When it happens there will be many people on the outside who will end up on the inside and many on the inside who will end up on the outside. My cc list is a list of people who are gatekeepers to numerous networks containing thousands of activists worldwide. Most support me and understand my work. I have a file of correspondence from leaders over the years who have turned their backs on the salient issues of our day with huge ramifications for others. All of them chose not to confront the evil on their doorstep. I do not consider myself to be a self appointed leader but I do sense a gaping moral vacuum in this country. As simple as it seems I just want to live in a safe world where I can expect my children to return safely from the sweet shop with their ice creams free from the threat of internal dangers from within western countries. I wish that for all children everywhere. To that extent I do set myself up as a protector to my children and others outside of the powers that be.

Would you please address the 11 questions raised in my letter to the BBC Trustees dated 7th July and referred by them to you.

Richard Gage Head of Architects and Engineers for 9/11Truth

Jimmy Walter US Businessman and 9/11 activist

Robin Ramsay Author of "The Rise of New Labour"