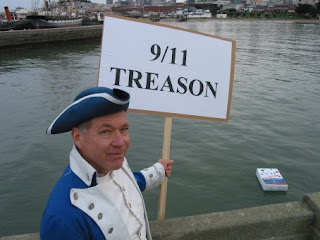 First hour: Jonathan Mark and Richard Gage of Architects and Engineers for 9/11 Truth, which will be celebrating passing the 1,000-signers mark next week in San Francisco!

Jonathan, in consultation with Richard and other experts, is working on Misprision of Treason articles to be drafted and submitted to courts and local and state officials in compliance with USC 18 par.2382:

Whoever, owing allegiance to the United States and having knowledge of the commission of any treason against them, conceals and does not, as soon as may be, disclose and make known the same to the President or to some judge of the United States, or to the governor or to some judge or justice of a particular State, is guilty of misprision of treason and shall be fined under this title or imprisoned not more than seven years, or both.

According to this statute, anyone who knows about the treason committed by U.S. officials in orchestrating 9/11 and the 9/11 wars, and who does not report it, is a criminal who could face seven years in prison! Jonathan Mark and allies are asking people aware of the treason committed on or after 9/11 to obey the law and report what they know to a suitable authority. To help make this effort go viral, they are drafting suitable Misprision of Treason articles for mass distribution, which should be ready by the upcoming March 6th Treason in America conference. 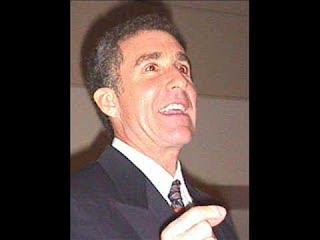 ve medicine specialist and anti-NWO voice Dr. Len Horowitz, author of Walk on Water, DNA: Pirates of the Sacred Spiral, and much more. Dr. Horowitz, a specialist in emerging viruses, bioterrorism, and media propaganda, will talk about staying healthy in a world full of false-flag bioterror; the Lancet's retraction of Dr. Andrew Wakefield's article on possible vaccine-autism links; what was really going on with last year's flu scare; and more.
Posted by Kevin Barrett at 1:40 PM

law? what's that? something we're supposed to have respect for?

what i like about this effort is that it's ambivalently dead serious AND has an element of theatrical parody...but as with certain jokes the delivery has to be deadpan

by showing respect for the law, we're showing that in today's USA the rule of law is a joke

was it baudrillard or lyotard who pointed out that hyper-compliance can be a powerful form of resistance?