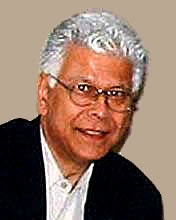 First hour: Do scientific tests prove that someone is dumping massive quantities of toxins, including aluminum and barium, into our atmosphere...and could this be the result of a secret, criminal geo-engineering project? Guest: Michael Murphy of Truth Media Productions, hopefully joined by a scientist who has found horrifically elevated levels of these toxins in areas of alleged spraying.

Second hour: Enver Masud of The Wisdom Fund and Muslims for 9/11 Truth joins us to celebrate the brand-new fifth edition of his book The War on Islam. Enver Masud's The Wisdom Fund was called "the main Muslim truther group in America" by the New York Post.

From his bio: Enver Masud is founder and CEO of The Wisdom Fund (est. 1995), and recipient of the 2002 Gold Award from the Human Rights Foundation for his book The War on Islam. He is also the author of 9/11 Unveiled, and a contributing author of Islam: Opposing Viewpoints and 9/11 and American Empire: Christians, Jews, and Muslims Speak Out.

He has been interviewed on radio and television , and given talks in the U.S., India, Malawi, and South Africa -- a total of more than 100 events. His commentary on major events affecting the Muslim world has been published in newspapers and magazines including Eastern Times, Islamic Horizons, The Minaret, Weekly Mirror, Tehran Times, Middle East Times, Jordan Times, Nation and the World (India), Impact International (UK), New Dawn (Australia), Sunday Times (S. Africa).