Broadcast here November 29th 11 to noon Eastern. All my shows are available at my Patreon page - please subscribe and keep this program going!

First 25 minutes: Rafiq, author of Days of Shock, Days of Wonder and GAJ, discusses the problem of evil (the "theodicy" issue) in the context of 9/11 and other false flags. (Read his concise new article on this topic, reproduced below; and check out my discussion of this topic with David Ray Griffin.) 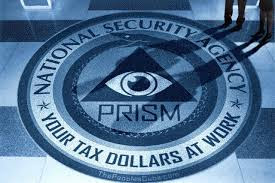 Final 35 minutes: Les Jamieson of New York 9/11 Truth and HR14.org discusses the political battle over the FISA act, the Orwellian bill that allows the NSA to spy on everyone without restraint. FISA is about to expire – which would save the 4th Amendment to the Constitution, which clearly states that the government cannot EVER search or seize ANYTHING (including communications) without a search warrant describing in detail the probable cause to believe a crime has been committed and that the items to be seized are evidence to be used in the prosecution of that crime. Therefore, every time the TSA pats you down or zaps you with radiation, they are committing treason against the Constitution, the highest law in the land — and every single one of them along with all of their superiors ought to be tried, convicted, and executed. (I always explain this with a smile, in a calm and factual way, to the TSA people who search me at airports.)

Les wants us to help make sure FISA expires and brings the 4th Amendment back to life. Please go to http://hr14.org/action-alert/ and follow instructions, telling Senators:

"I urge you to vote against S. 1297, A bill to make title VII of the Foreign Intelligence Surveillance Act of 1978 permanent. This bill is unconstitutional. It allows for warrantless spying on all Americans in violation of the Fourth Amendment. Instead, co-sponsor and vote for S. 1997, the U.S.A. Rights Act submitted by Ron Wyden and Rand Paul."

"I urge you to vote against any resolution that attempts to make title VII of the Foreign Intelligence Surveillance Act of 1978 permanent. It allows for warrantless spying on all Americans in violation of the Fourth Amendment. Instead, co-sponsor and vote for H.R 4124, the U.S.A. Rights Act submitted by Zoe Lofgren."


What Is the Best Response to Evil?

When you ask Google, “What is the best response to evil?” you find yourself immersed in the debate about why a good God allows evil to happen. This is called the problem of evil.[1] Anyone who has the luxury to ponder this question with detachment isn’t likely suffering the worst effects of evil firsthand, like the loss of someone burned alive, crushed to death, or gunned down in one of the many, sometimes televised, false flag terror attacks of the 9/11 age. And any answer to the question of the problem of evil is likely going to be a private one, something worked out between you and God, as part of the process by which you make your peace with creation, which seems to have always harboured both tyrants and saints.

For my part, I have reconciled my understanding of “God,” as defined by the shamans and the pantheists, with the painful reality of evil within human experience.[2] But it is not in that vein that I ask, “What is the best response to evil?” After the most recent false flag attack in the United States, the one in Las Vegas on October 1, my thoughts turned yet again to the question of how to confront evil in practical terms. Among those in the know – by which I mean those who understand that al-Qaeda and ISIS are creations of the US deep state and that the war on terror is a fiction inflicted on the minds and bodies of NATO citizens and on the bodies of non-white people all over the globe – the usual discussion followed the Las Vegas shooting. And it was not a discussion about how to stop the killing.

Instead, my inbox was filled with news stories about eyewitness accounts of multiple shooters, along with air traffic control audio showing that there were active shooters on the runway of the airport next to the concert venue.[3] One emailer asked why, in an age when everyone has cameras on their cellphones, the attackers were so sloppy. The answer is that they don’t care that we know they’re lying. They want us to get caught up in endless discussions of all these details. While the deep state plans its next act of evil in support of the myth about the “war on terror,” those in the know are occupied debating the reflection of light off of hotel windows at night – much as we’ve been discussing, for more than fifty years, the trajectory of the bullets that killed John F. Kennedy.

In the wake of these false flag attacks, we are also dragged into interminable efforts to prove to anyone who will listen that the deep state operates like a mafia: there is no one it will not kill, from concertgoers to presidents. We want to believe that if a critical mass of people knew the truth, we would be able to confront the evil of the deep state. In the meantime, we do nothing practical to end this evil.

More than that, even if the truth were known about the deep state’s murderous campaign, it is likely that little would change. It has long been obvious in the footage of Kennedy’s brutal killing that he was hit by bullets fired from in front of him, rendering absurd the story about the lone gunman in the book depository window behind him. Likewise, the footage of 9/11’s three free-falling skyscrapers plainly shows that they exploded from within rather than merely collapsing. The emperor has no clothes. Those in the know can see it, but that makes no difference. The emperor is all powerful, so he does not care that his lies are obvious.

After the Orlando shooting in June 2016, a New York Times article reported the views of Fox News commentator – and now defamed sexual-assaultist – Bill O’Reilly on the proper response to evil: “‘This guy was evil,’ O’Reilly said of the gunman, Omar Mateen … ‘You don’t contain evil, because you can’t. You destroy evil. ISIS is evil, and Mateen is evil.’”[4] By this logic, evil should be met with destruction. By this logic, we should become the evil we confront. By this logic, we should play by the rules of the deep state and resort to murder ourselves. Although seemingly powerless, we should become shrewd, infiltrating, and ruthless in our campaign against evil. We should become hacking, elevator jacking, and kidnapping.

Philosophically, I’m opposed to this response. Practically, I know that it would change nothing: killing evil people only creates openings for other evil people to fill. But I also know that, living far from the hideous violence of the deep state’s illegal wars and being so far unscathed by it’s ongoing murder of the innocent, I enjoy a luxury that many don’t. I can choose to look away. I can read the news or not. I can write this article or not. And if I write it and you read it, we must remember that we are doing so for ourselves. We want history to know that we witnessed the lies and spoke the truth. We want history to know that we were not duped. But we are doing nothing practical to stop the killing.

For me, the problem of evil is not the question of why a good God allows evil to happen but the question of why we, as good people, allow evil to be paid for with our tax dollars and inflicted with impunity by the powerful. I’m starting to wonder whether spilling years and years of ink in the hope of waking up a critical mass of people is the best response to evil. I’m starting to think that the better response is to stop letting the deep state colonize our minds and time with each false flag and to get on with dismantling a system that rewards elite crime. How is that done? This is the question that we must answer. Until then, the plans of the deep state will meet with no real resistance.